Skip to main content
You are here: News › New on sCoolEDU ›

The first in a series of posts about the use of super powers in the classroom. 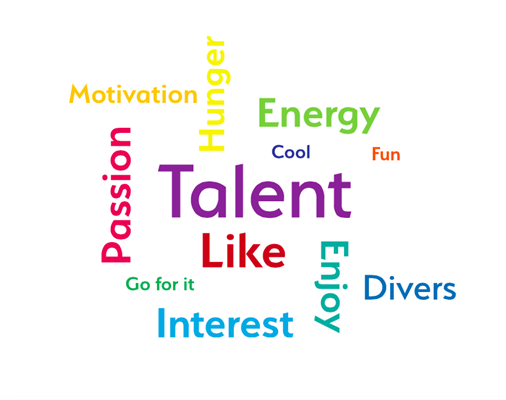 The introduction ‘Today you will be working on a self-portrait’, to year 3 was met with a few groans from the class and a look of fear on one boys face. I explained that this was no ordinary self-portrait and they we going to be using no mirrors and not trying to replicate their beautiful features. “I will explain more, later I said…”

The pupils were sat on the carpet and I pricked their interest by revealing a sealed packet from my bag and telling them I would be introducing 12 friends of mine to them who had the most amazing super powers. I opened the packet and picked out one card at a time and introduced the class to my friends.

“This is Imagination, she is quite amazing with special abilities to dream, see things that other people can’t see, create super cool inventions and make up the most awesome fantasy stories. Without people like Imagination we wouldn’t have wonderful stories and movies like Harry Potter.”

Each of the 12 talents has a character card and as I introduced each one I asked the children if this person sounded a little bit like them. Hands would go up each time some different and some the same. I explained that they might see a little of themselves in several of these characters and to remember the ones that they most related to.

Together: one of the 12 super powers

After the 12 introductions, which the children seemed to find fun, I picked out the three cards that best described me as a person. I then asked a few of them to share which ones they would choose and why.

I set them the challenge of drawing themselves as a character while depicting in the picture the talents they chose that best described them as a person. Some drew themselves in woods exploring, others playing on multiple gadgets, some drew themselves singing and dancing and some drew all three. One boy drew himself as a spikey devil that wouldn’t stop moving! I can’t possibly say how accurate that was!

The boy who I had seen with fear on his face when I announced the task at the beginning of the lesson had not done anything but had tears in his eyes. I asked him quietly what was wrong and he replied “I can’t draw!” still thinking he had to make the picture look accurately like himself. I asked him what he loved to do. He replied “Grow things” so I suggested he draw a character made out of the lovely vegetables he likes to grow. Suddenly he was off and he started his masterpiece with a marrow head! By the end of the session he was one of the keenest to show and talk about his work at the front of the class.

The reason behind the session was to start the pupils on the pathway to recognising the talents that make them tick and their element where they learn best.

Working with these children on their super powers also enables us as teachers to put them in project groups with complementary talents and to ensure their talent areas are regularly part of the learning eco-system of the student.

After this afternoon the children were proud to share their art works on their individual talent channels on the sCool practice platform. In a future session we will give feedback on how we see each others super power.

More info on the Super Power Learning Packages will be shared with you soon. Hope you find some fun inspiration for your class.

Pinning this post will make it stay at the top of its channel and widgets.

This pin will expire , on